My research examines early modern women’s involvement in translation. Translations, appearing in both print and manuscript, make up a significant proportion of women’s literary output, and represent diverse and influential engagements with contemporary literary and intellectual culture. My research contends that these translations might be best understood in light of devotional practices, like biblical paraphrase, in which women commonly participated. In evaluating this overlooked body of works, I seek to understand how translation functioned for women as intellectual exercise and social practice. In addition, I have research interests in complaint and petitionary writing, especially by women, and the use of gardens in conceptualising nationhood in early modern Britain. 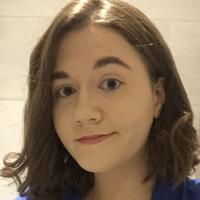 I am a second-year DPhil student in French, researching representational strategies in the memoirs of Huguenot refugees, following the 1685 Revocation of the Edict of Nantes. I look at accounts written by women who were imprisoned for their faith, and by men who were forced to work as galley slaves, as well as writings which focus on cultural and linguistic assimilation following resettlement abroad. I am particularly interested in intertextual aspects of the memoirs I study, and in the influence of the cultural memory of sixteenth-century martyrdoms on these later texts. I am also interested in general in the social norms of linguistic and religious minorities. My work explores the interaction between Catholic missionaries, primarily the Society of Jesus, and religiously-diverse local populations in sixteenth and seventeenth century southern India under the Portuguese Empire, focusing on proselytization methodologies and the subsequent cultural and epistemological exchange. In analysing missionary tactics and activities, I look at why certain methods produce converts while others fail, and how local individuals exhibit agency in the face of coercion. My general research interests include the history of global Catholicism, the Society of Jesus within and outside Europe, global religion, and conversion. My thesis is on rhyme in Shakespeare's theatre. I read the effects of rhyme on a local and macrocosmic level in Shakespeare's plays, and also consider the ways in which he manipulates the conventions associated with rhyme in early modern drama, as well as the resonances it still carried from the drama of the mid sixteenth century. I consider rhyme through the lens of author, actor, and audience member, and re-evaluate its role in a theatre centred on blank verse. 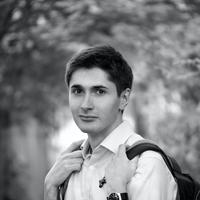 My project investigates humanism, English literature, and the translation of classical and patristic Greek from 1430 to 1560. I look at texts that are translated both directly and indirectly (usually via Latin) from Greek into English, as well as English texts that disingenuously purport to be translated from Greek sources. Writers of interest include Lydgate, Metham, Skelton, More, Elyot, and Mary Clarke Basset. More broadly I’m interested in classical reception and book history in late medieval and early modern England. I’ve published on the early Tudor translator Alexander Barclay and have forthcoming essays on Chaucer’s House of Fame and on multilingual late medieval recipe texts. 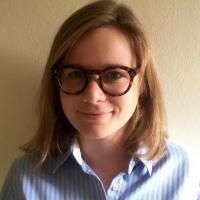 I am a DPhil student in History working on the early modern Philippines, with a special interest in religious conversion, the circulation of knowledge, and the understanding of difference. My project explores how the expectations and perceptions of missionaries were shaped by classical texts, knowledge, and ethnographies, and how this common, classical frame of reference was used to convey and describe their experiences to an audience back in Europe and America. I am also interested more broadly in the intellectual culture of the Spanish Empire and am currently involved in a project to translate Juan de Solórzano y Pereira's De Gubernatione at the Max Planck Institute for European Legal History. My thesis examines the office of the Papal Vice-Chancellor through the example of Rodrigo Borgia who held the office from 1457 until his election as Pope Alexander VI in 1492. Despite the Vice-Chancellor's control over key Curial offices including the Sacred Roman Rota and the College of Abbreviators, the office has received little attention from scholars. As this part of Rodrigo's ecclesiastical career coincided with one of the most important periods of the church's history, the recovery from the Western Schism and the lead up to both the Reformation and Counter Reformation a study will reveal the importance of the role and improve our understanding of the Curia at one of its most turbulent times. I am a DPhil candidate in History, studying the circulation of knowledge in printed books and manuscripts in sixteenth-century Italy. My doctoral research is specifically concerned with the role of the poligrafi – a group of writers, editors and translators – in said circulation. I am especially fascinated by their importance in the spread of religious deviance, obscenity, and humanist culture (broadly speaking), as well as the relationships between poligrafi and their patrons, printers, and audiences. More generally, I am interested in the intersections between the social, intellectual, and religious history of the book in early modern Italy and Europe. I am a second-year DPhil student in Spanish, and am currently writing about the representation and construction of gender in contemporary, English-language performances of early modern Spanish drama by the playwright-friar Tirso de Molina. I hold an MFA in Dramaturgy from the University of Massachusetts (Amherst) and a BA in English from the University of North Carolina (Charlotte). I have also worked as a dramaturg in the literary departments and on productions in several theatres, including SoHo Rep in New York, Hartford Stage, Denver Center Theatre Company, and Georgia Shakespeare. I research the material culture of pilgrimage in fifteenth- and sixteenth-century Italy, with a focus on the Este family and the ways in which the practice and concept of pilgrimage impacted patronage in the courts of Ferrara and Mantua. My dissertation will investigate the development of pilgrimage past the medieval into the early modern period, and will raise questions about the multifaceted motivations behind undertaking a pilgrimage, the place of popular devotional practices in the lives of the Italian nobility, the role of public performances of piety in cultivating a ruler's image, as well as how and why pilgrimage was represented or alluded to in the artistic commissions and collections of Italian courts. In addition to pilgrimage and court culture, my broader academic interests include medieval and early modern cross-cultural exchange, travel, and diplomacy; the history of scientific inquiry and instruments; and the ideal built environment, in terms of both architecture and urbanism. I am a working towards a DPhil on the life and political thought of Pierre de Belloy (c. 1550-1611), the toulousain advocate, jurist, and polemicist in service of Henri de Navarre. Belloy's several controversial works, the most famous of which is the Apologie Catholique of 1585, came at a formative time for French political thought; one of the questions of my research is how far Belloy contributed to the developing construct of 'absolutism'. As well as considering Belloy as a political thinker in his own right, I am concerned with the intellectual traditions in which he was working. More generally, I am interested in European intellectual history from c. 1250 to the early seventeenth century, and (increasingly) in history of the book. My research seeks to examine the development of social relations between merchants of the English and Dutch East India Companies, and their Japanese hosts at the port of Hirado, 1609-1640. By examining the diaries of the English factors and Dutch opperhoofden, I look in particular at the notion of cross-cultural commensurability, examining how participation in social rituals, discovery of common customs and exchange of cultural norms shaped the encounter between the English, Dutch and Japanese, and how we are therefore to understand the nature of early modern transnational contact more generally. 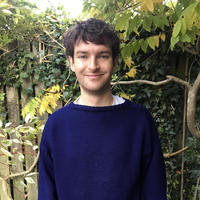 My project is a collaborative doctoral award (CDA) funded by the Open-Oxford-Cambridge AHRC DTP. I am studying the international networks of Tudor humanism present in Queens’ College Old Library in Cambridge, represented most significantly by the college’s ties with Erasmus and its collection of books belonging to Sir Thomas Smith (1513-1577). I am a DPhil researcher in French and Italian at Balliol College, working on a comparative study of French and Italian comic theatre in the sixteenth century. I document the move from classical drama employed only as a scholarly exercise to drama reinvented in print and performance in France. Concurrently, I consider attempts to position comic theatre as an autonomous genre with a specific status in relation to other literary genres, evaluating also the factors which impeded this transition. 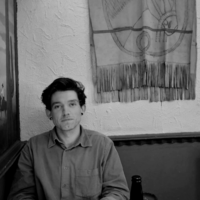 I am a DPhil candidate on the ERC-TIDE Project (Travel, Transculturality and Identity in England, c.1550-1700). My research looks at England’s interaction with the commedia dell’arte during the late sixteenth and early seventeenth centuries, and how the form manifested in the cultural imagination of early modern London when the surviving evidence suggests limited contact. I also work on human migration to sixteenth-century London and the small population of Italian merchants, scholars, and liberal artisans residing in the City’s eastern wards. I am particularly interested in how these migrants navigated their new environment, importing certain cultural and spatial practices and remodelling them to the specifications of the material city. My wider research interests include the clowning on the English stage, print culture, and the works of Thomas Nashe. 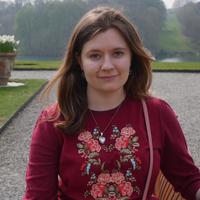 My research focuses on reconstructing the networks, both textual and social, which surrounded late sixteenth century English travel writers. My doctoral work focuses particularly on Richard Hakluyt, the editor of both editions of The Principal Navigations, Voyages, Traffiques and Discoveries of the English Nation, a major source for the history of Elizabethan travel and narratives of early English empire. There has been a critical tendency to treat Principal Navigations as a singular entity rather than as a deliberately constructed and edited historiographical narrative. My research works on deconstructing the work back into its constituent parts, using network analysis to examine the societal structures which influenced Hakluyt’s editorial choices and textual analysis to closely study the effects of this process on the text itself. I am also a member of TIDE (Travel, Transculturality and Identity in England c.1550-1700), an ERC funded project based at the University. 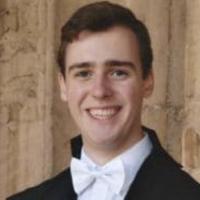 My research focusses on Captain Henry Cooke, Master of the Children of the Chapel Royal from the Restoration of the monarchy, in 1660, until his death in 1672. Whilst his pupils, including Pelham Humfrey, John Blow, and Henry Purcell, would surpass him in both ability and fame, Cooke’s tuition restarted the choral chorister tradition that had been lost across the previous two decades during the Civil Wars and Interregnum. My thesis aims to fill out the significant gaps in Cooke’s biography and present his surviving compositions in new editions. Most importantly, I look to trace his pedagogy through the work of his pupils, to shift the purview of the English Restoration School away from Purcell, and back to its roots with Cooke. This doctoral research project is supervised by Professor Owen Rees. 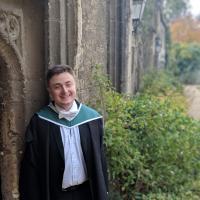 Outside of my work as feminist literary historian, I am also a contributing editor working on Swift’s later political writings for the Cambridge Works of Jonathan Swift, and a regular reviewer for Journal of Eighteenth Century Studies.